You are here: Home1 / E Arbitration

To build bridges between (international) parties in dispute, knowledge, experience and a sensitivity to cultural differences are key elements for success. According to James Turner, barrister at Quadrant Chambers in London, the quality of international arbitration is highly dependent on these traits. Turner has been a barrister since 1990 and was appointed Queen’s Counsel in 2013. During his practice as counsel, he has been instructed in hundreds of arbitrations, mostly maritime and other cross-border commercial disputes.  Alongside this, he has also been accepting appointments as arbitrator for over twenty years.  This article elaborates on his vision for maritime and transport arbitration.

Turner spent the last year of his studies in Germany. There he met the (Dutch) woman who, less than four years later, became his wife. Not only did this result in him adding Dutch to his fluency in German, but it ignited his enthusiasm for The Netherlands and the “natte praktijk” conducted here. This was aided by his grounding in German law, which broadened his legal perspective well beyond the English common law. According to Turner, this has not only helped him deal effectively with international clients from different legal traditions, but also improved his qualities as an English lawyer.

“Because of the nature of the maritime and transport industry, almost all disputes have an international character. So, to conduct arbitration in this arena successfully you must be sensitive to cultural differences. For this, you need to be aware of your own assumptions, for example, as to how a witness is expected to behave – and to understand that the witness may have very different expectations. You then have a far greater chance that these differences will not interfere with your assessment of their evidence. In China, for example, it is morally important that you are loyal to your employer, and this affects how some Chinese give evidence. The Dutch, on the other hand, with their legendary bluntness, can be more prone to argument,” Turner explains.

Turner clearly sees an increased popularity for arbitration as a means of dispute resolution instead of going to court. One reason for this is that UK court judgments are no longer as readily enforceable in the EU after Brexit. Arbitral awards are not affected by this because of the New York Convention. This convention ensures that arbitral awards are enforceable in more than 150 jurisdictions, including countries that don’t have bilateral judicial enforcement treaties. According to Turner this is one of the reasons for arbitration’s popularity.  “Arbitration has always been popular in the maritime sector,” he says, “Brexit is only going to reinforce that.”

Another advantage of arbitration, in most jurisdictions, is that it is administered under full confidentiality, unlike court proceedings (again, in most jurisdictions). This makes it easier to maintain client confidentiality and avoid bad press. In addition, arbitrators remain involved for the entire length of the procedure. This leads to in-depth case knowledge. In court proceedings – certainly in the common law tradition – different judges may be involved at different stages of the process, with the result that important decisions regarding expert evidence, for example, are not (necessarily) taken by the trial judge. This less specific case knowledge can result in inefficiency. Turner’s experience of arbitration is also that it is more flexible and efficient than Court-based litigation.

As an example, Turner cites a specific shipbuilding dispute. During sea trials the vessel could not attain the contractual minimum speed. The buyer immediately purported to cancel the contract and started arbitration, claiming the return of the pre-paid instalments of the contract price. The shipbuilder disputed the cancellation, on the basis that it was entitled and obliged to try and solve the problem, which it then proceeded, over the following months, to do.  When it had corrected the problem, it then tendered delivery, which the buyer refused, after which the builder sold the vessel – giving rise to a yet further element of the dispute regarding the accounting procedure laid down in the contract.  In short, the facts of the case continued to develop in parallel to the arbitration procedure, necessitating successive amendments of the shipbuilder’s case. The arbitration procedure was sufficiently flexible to cope with this, which would have been harder and more expensive to accomplish in Court.  Indeed, one likely outcome in Court would have been a stay of the action until the facts had “finished”, whereas in the arbitration the final hearing took place only a few weeks after the vessel had been sold.

Invest in increasing knowledge about arbitration

Although London is a very popular arbitration venue, Turner notes that certain features of it are not universally admired.  Most tellingly, costs can be high, fuelled in part by the Anglo-Saxon “disclosure” process, the single “final hearing” – which can last weeks or even months – and the primary role afforded to cross-examination as a means of testing each party’s evidence.  On top of that, of course, Dutch parties may find themselves having to translate documents not for their own benefit, but because language skills are relatively rare among London arbitrators.

Turner notes that one consequence of these factors of which he has become aware is the willingness of Dutch companies, particularly those active in the offshore industry, to adapt standard BIMCO contracts by naming Rotterdam as the arbitration venue and Dutch law as the governing law. Turner states that parties benefit from the excellent legal infrastructure in Rotterdam and the relative cost efficiency of the Dutch legal and arbitration systems. One drawback of this approach, he notes, is the potential mismatch between an agreed governing law and a contract form that assumes a different one.

Whatever the advantages and disadvantages may be of different approaches, Turner believes strongly that all involved in maritime dispute resolution should be better informed as to what approaches are available, their strengths and their drawbacks.  “We should invest in informing lawyers involved with maritime law about the differences between arbitration in the UK and the Netherlands. If we succeed in educating colleagues, clients and P&I Clubs about the differences between Dutch and English procedures, they will be better placed to make informed and deliberated decisions about where best to conduct disputes arising from the particular contract at hand.” 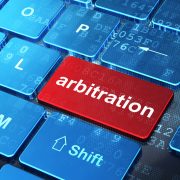 UNUM offers an online arbitration platform since the year 2008. This platform facilitates faster and more efficient arbitration proceedings. UNUM was one of the early adopters, if not the first, of this form of E-arbitration.

Based on experience from the various users of the E-arbitration facility since its introduction, UNUM developed an even more user friendly system that is available since 2018.

With travel restrictions in place around the world since March 2020, E-arbitration has become even more relevant.

In addition to using the UNUM E-arbitration platform, arbitrators and parties involved in a case might wish to conduct a hearing in a traditional venue. A meeting in person can have an advantage over online contact only. It is up to arbitrators, in consultation with parties, to decide in each individual case whether a hearing in person or a hearing online has to be held.

In a number of UNUM cases, hearings were conducted entirely via video connections. On few occasions, with the consent of those involved, recordings of these hearings have been made and added to the digital E-arbitration file.

In one specific case it paid off to organize a hybrid hearing. A combination of a physical hearing in The Hague Hearing Center with online connections to up to five different European locations to optimally serve parties, witnesses, court reporters and arbitrators. Even in times when travel is limited or prohibited, UNUM arbitration proceedings can continue to the satisfaction of all involved. 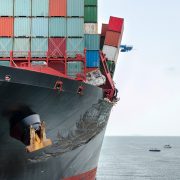 UNUM is a renowned foundation for dispute resolution that has offered a platform for conducting professional arbitration proceedings in the areas of shipping, shipbuilding, transport, storage, logistics and international trade for many years.

UNUM has been offering arbitration services since it was established in 1988 and has now also incorporated mediation as a service for dispute resolution.

UNUM has its roots in Rotterdam, maritime capital of Europe, and keeps office in legal center of the world The Hague, city of peace and justice.

UNUM offers a platform for modern dispute resolution in the best interests of parties that are aiming for a solid solution against reasonable costs within a reasonable period of time.

UNUM Transport Arbitration & Mediation stands for a professional, transparent, independent and reliable platform that might unite parties in finding a solution to resolve their dispute in mediation or provide a decision by rendering an arbitral award in order to relieve parties from an unresolved issue.

UNUM is a dispute resolution institute that is available globally to business parties seeking adequate solutions to their disputes.

UNUM introduced new communication channels on the own website and via a LinkedIn company page with an aim to share news and developments that might be of interest to companies and individuals working in the broad maritime sector.

UNUM shall publish articles, news and interesting stories on the Newspage on the UNUM website as from today, and share this information via the LinkedIn company page (@unum-arbitration-mediation). 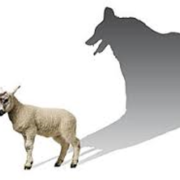 Marcel Verhagen, maritime lawyer at Rotterdam and chairman of the management board of UNUM, presented a paper at the ICMA2020 conference in Rio de Janeiro in March 2020. Marcel raised the question what will be the place of arbitration in the modern world of information technology (IT), algorithms and blockchain.

Will the rise of Artificial Intelligence (AI), the modern forms of communications and the concept of blockchain have an upswing or downswing on arbitration?

In his paper, Marcel dealt with the potential impact of various issues of modern technology on arbitration and also the possible effect of legal economics on arbitration. Will in the end economics win from justice?

When asked about response from the audience to his presentation, Marcel said:

In general there was a perception that the modern technologies will be of assistance to the world of dispute resolution. The meaning of the presentation was however that arbitration as a form of dispute resolution is not likely to be overhauled by AI. Not because of the present legislation and not because of the fact that AI is at this moment not able to see all the shades of grey when deciding on a dispute.

UNUM already took the first step in using IT for arbitration in 2008 by introducing E-arbitration.

Arbitration is a manner to resolve disputes by one or more private persons acting as a judge (the arbitrators). E-arbitration refers to the use of electronic means like e-mail and electronic file management systems to be used through the internet.

UNUM offers an online arbitration platform since the year 2008. This platform facilitates faster and more efficient arbitration proceedings. UNUM was one of the early adopters, if not the first, of this form of E-arbitration.

Based on experience from the various users of the E-arbitration facility since 2008, UNUM developed an even more user friendly system that is available since 2018.

UNUM shows on a daily basis that IT is useful to parties, arbitrators and the UNUM secretariat, but at the same time that arbitration is still human work.

He would be happy to reply to any questions or to discuss any issues or suggestions regarding the subject. Marcel’s e-mail address: m.verhagen@unum.world .