You are here: Home1 / insight2 / Some remarks regarding fraud and corruption in arbitration

Looking ahead to this event, Erik Witjens, criminal defence attorney at De Reede Advocatuur B.V. in Rotterdam who specialises in financial and economic criminal law and in punitive administrative law, makes some interesting remarks: 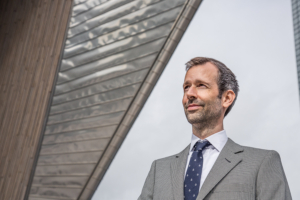 Arbitrators can interface with allegations of corruption in multiple ways, for instance when they are called upon to decide business conflicts in which evidence for (attempted) corruption is the reason for claimant to want to annul a contract. That evidence will as a general rule have to be gathered by the party that invokes the annulment. The threshold for the standard of proof tends to be problematic, because (very) little direct evidence of corruption can be gathered.

In this article, I’ll outline developments in the European Union that lead me to pose the question, whether this dynamic could stand to change in the future. The European Union has multiple offices that are tasked with combating corruption. From June 1st, 2021, the European Public Prosecutor’s Office (EPPO) has started its activities in this field. EPPO investigates criminal offences in the EU, such as corruption, that damage the finances of the EU. It joins the European Anti Fraud Office (OLAF), that is tasked with the administrative investigation of fraud, including corruption.

The sheer amount of money that is associated with corruption in the EU – the loss to the GDP throughout the EU is calculated to be hundreds of billions of euros each year – illustrates that in the present circumstances, few cases are uncovered. The EU has been slow to combat corruption in the past, but with the start of EPPO one can expect increased ambition on the subject. Especially given the current state of world affairs – i.e., sanctions against Russian oligarchs – one might continue to see a tougher stance on corruption. To see how that could affect international arbitration, it’s interesting to look at developments in another field.

In May 2022 the European Parliament will discuss a hotly contested proposal of the European Commission according to which internet companies will have to monitor everything people share, to combat specific abuse. This means for instance that WhatsApp or Instagram will have to oversee all content its users transmit. To be able to do so, companies effectively will have to end all forms of encryption on the internet. This, in turns, means confidential communication via the internet will become a thing of the past.

The European Commission, judging by the abovementioned proposal, has little qualms in cancelling confidentiality for the purpose of combating serious crime. This is a trend that gives rise to concern. Under the guise of a worthwhile goal, legitimate interests of the general public are tossed aside. With the fight against corruption gaining importance and a new agency on the scene, the problematic lack of direct evidence might lead to new avenues to uncover instances of corruption.

To uncover corruption, one needs be made aware of corruptive practices. Perhaps in a given case an anonymous tip reaches the OLAF, which is then shared with EPPO. But it is highly unlikely this will lead to the uncovering of a majority of cases, as none of the parties involved with the corruptive practices will have an interest in uncovering it.

But what if the corruptive practice is part of a hypothetical case in which annulment of a contract is being sought through arbitration? The EU could require arbitrators who adjudicate in international business to file a report on business dealings that they suspect might be linked to corruption. It would amount to mandatory tipping of the authorities.

Equally, one could imagine the situation in which either the claimant or the defendant alleges corruption but does not have direct evidence to back it up. Perhaps EPPO and/or OLAF are already investigating the entity involved. A mandatory tip by an arbitrator could ultimately yield evidence that was lacking.

It might be hard to fathom such an infraction on arbitration, in which public interests to combat corruption would overrule the actual conflict parties are seeking to resolve. But is it really unthinkable, judging from the above example that sacrifices encryption on the internet for combating a specific crime? I wouldn’t be too sure of that.

Therefore, every party that values arbitration as a quick and high-quality solution for dispute resolution has an interest in making sure (allegations of) corruption in the setting of arbitration are dealt with in a decisive manner. For an innovative arbitration institute such as UNUM, that has been leading the way in digitalization and arbitration, such a challenge is par for the course. It is always on the lookout for changes in the regulatory framework that need addressing. Best practices on a wide array of subjects are therefore available or under construction.

What will we focus on in the coming period?